Warning: Use of undefined constant name - assumed 'name' (this will throw an Error in a future version of PHP) in /webroot/f/o/foodpyra/foodpyramid.com/www/wp-content/themes/FoodPyramid/functions.php on line 16
 Are lower IQ levels associated with decreased happiness? - Food Pyramid 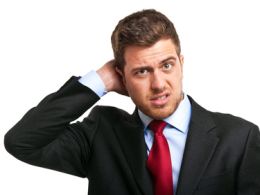 It has been reported in Psychological Medicine by researchers from University College London that individuals who have lower IQ levels suffer from poor health and are less happy in comparison to people who have high IQ levels.

Though there has not been any consistent results linking IQ levels to levels of happiness by previous studies, the authors of the current study explained that there is an independent association of “background happiness” and IQ levels and positive health.

Another study was performed by the same University in the year 2011 that revealed that individuals who are happy lead a longer life irrespective of their overall health or financial status.

Dr Angela Hassiotis and her team worked to find the link between IQ levels and happiness and also to determine the effect of social and clinical factors on this and to what degree.

Data from the Adult Psychiatry Survey, England, 2007 was collected and studied by the researchers. The 6,870 participants of the study were all 16 years old and reside in private houses.  The rating on happiness was done on a three point scale, according to a validated question. National Adult Reading test was used to gauge verbal IQ. Both categorical and continuous IQs were analyzed during the study.

A significant link between IQ levels and happiness was found by the authors of the study:

The conclusion made by the team was:

Individuals with lower IQ are found to be less happy in comparison to those with high IQ. Happiness levels in lower IQ groups may be improved by interventions targeted towards variables that can be modified such as income levels (by providing better education and increased employment opportunities) and neurotic symptoms (early detection and management).

It was explained by the researchers that individuals who have lower IQ levels tend to have incomes that are lower than average. Also a higher incidence of common mental disorders and suicidal behaviors is found in such individuals.

Dr Hassiotis explained that there is an association between IQ levels and self described happiness, due to the fact that lower IQ subjects exhibited lowest happiness levels and higher IQ subjects showed highest happiness levels. She also suggested that this finding is of particular relevance in relation to the political debates occurring on happiness currently. The data showed that individuals with lower IQ levels tend to have lower happiness levels as they suffered from higher incidence of socio-economic disadvantage, for example in the form of lower income levels. Such individuals are also less skillful with acts of daily living; tend to suffer from poor health and symptoms of mental disorders.

Dr. Afia Ali, the coauthor of the study suggested that happiness levels in individuals with lower IQ levels may be improved by taking interventions that tend to improve socio-economic inequalities. Some examples of such interventions include promotion of programs for the improvement of public education, unemployment reduction, and healthcare promotion. Higher levels of happiness can also be promoted by detecting mental health problems early and treating them.

Dr Ali also said that young children who come from a socially deprived background can benefit from long term intensive strategies that cause a positive impact both on their IQ and on general well being. She further states that there may be huge cost involved in such interventions initially but the future benefits in the form of decreased use of state benefits and improved physical and mental health may offset it.