Warning: Use of undefined constant name - assumed 'name' (this will throw an Error in a future version of PHP) in /webroot/f/o/foodpyra/foodpyramid.com/www/wp-content/themes/FoodPyramid/functions.php on line 16
 Stop Prostate Cancer with Coffee? - Food Pyramid 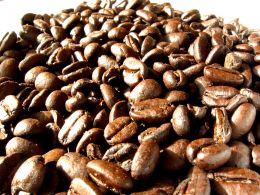 Consumption of coffee reduces the risk of developing prostate cancer, according to an American study, published by the Journal of the National Cancer Institute.

The study included 47 911 men diagnosed with prostate cancer and 642 of these had a fatal prostate cancer. The researchers followed these men from 1986 to 2006 to monitor their coffee consumption (regular and decaf) every four years since the beginning in 1986.

Prostate cancer: 6 cups of coffee reduces the risk by 20%

Prostate Cancer: The Antioxidants in Coffee are important

The researchers point out that coffee contains several biologically active components, including phenolic acids, which have an antioxidant effect and may affect glucose metabolism and levels of sex hormones. This means that coffee may be associated with a reduced risk of prostate cancer, due to these biological activities.

Furthermore, the antioxidants in coffee is also associated with a lower risk of Type 2 Diabetes, gallstones, liver cancer and Parkinson’s disease, according to earlier studies.