Warning: Use of undefined constant name - assumed 'name' (this will throw an Error in a future version of PHP) in /webroot/f/o/foodpyra/foodpyramid.com/www/wp-content/themes/FoodPyramid/functions.php on line 16
 Dancing to the Tune of A Leaner Beat - Food Pyramid

Home » Fitness » Dancing to the Tune of A Leaner Beat

Dancing to the Tune of A Leaner Beat

Once-upon-a time, dancing was exclusively set aside for the coordinated and the courageous. Men and women looking to take part in new social circles signed up for ballroom classes while those braving fancier footwork salsa stepped their way into ballrooms across the globe. While spa- goers waltzed their way through candle-lit dining rooms, top-tier professionals tangoed the night away in exclusive clubs.

No matter where their dance shoes take them, the unifying, underlying factors when it comes to dance are the thrill of the challenge and the exhilarating beauty of a dance that is successfully pulled off. Dancer across the board from Rumba to Swing can quickstep their way to increased heart rates, toned muscles and hard- earned flexibility and balance as a result of challenging twists and turns in their partner’s skilled hands.

It shouldn’t come as much of a surprise then that dance has taken the fitness world by storm in recent years. As health fanatics zeroed in on the guaranteed physical effects of dance on the human body, media experts began to see how dance, fitness and mass audiences could result in a worldwide slim down that would rake in millions of dollars.

In the fight against obesity, dance programs have become the new normal, and media moguls have targeted obesity as enemy number 1 in efforts to pull in viewers and slim-down audiences. Televised dance competitions that result in celebrity sponsored weight loss rule the airwaves. These shows have not only been successful, they’ve brought obesity awareness to a new, feather-clad level.

Obesity has also been brought to the forefront of the nation’s attention through “Let’s move!” Initiatives set in motion by the Obama administration in recent years. Television shows have taken this focus and refined dance fitness into an aesthetically appealing, celebrity studded TV event. Shows like ‘So You Think You Can Dance” and “Dancing With The Stars”, have been successful in bringing glamorized dance fitness into living rooms across America. While at first glance it may seem too sparkly to be trusted, dance fitness has proven its effectiveness by making dance not only accessible, but also desirable. The fact that the act of dance results in weight loss is an added bonus to the media-promoted fun. 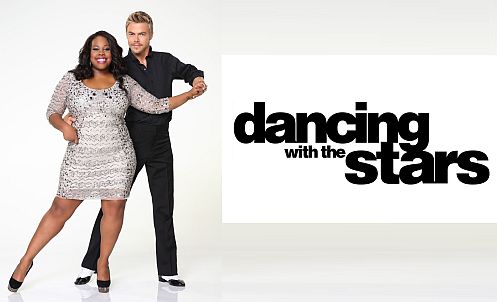 In the wake of dance fitness shows has come a series of school based, dance and fitness initiatives as well as a new breed of dance exercise on the market. Elementary, middle and high schools across the country are now sponsoring classes, dance offs and performances in the name of fighting childhood obesity. Modern media is often the standard when it comes to defining what’s acceptably ‘cool’ amongst younger generations. The fact that teenagers are willing to stand up and dance in the name of healthy living is a true testament to social strides that are being made as the result of dance fitness movements.

Zumba fitness is one such dance movement in particular that has taken the fitness world by storm. This Latin-dance based program emphasizes cultural diversity and sensual power. A strong focus on club-type beats and an appealing line of clothing to accompany your fitness efforts has made Zumba popular across a vast range of ages and styles. With Zumba, the fight against obesity is made into a public and global effort. Zumba instructors host Zumba concerts across the world where dancers can meet collectively to dance the pounds away.

When it comes to questions of obesity, the spotlight seems to have turned away from traditional diets and aerobic step classes. Instead, the media is shining the light on dance as the key to promoting health that goes hand in hand with glamour and celebrity. If all goes according to plan, the fight against obesity will soon look like a giant Zumba concert, where followers come together to dance to the tune of a leaner beat. As dance has become more accessible to the masses, so has an awareness on health. No longer an exclusive club, dance may just be the key we’ve been looking for to make obesity a problem of the past.