Warning: Use of undefined constant name - assumed 'name' (this will throw an Error in a future version of PHP) in /webroot/f/o/foodpyra/foodpyramid.com/www/wp-content/themes/FoodPyramid/functions.php on line 16
 Solving childhood obesity with the “Let’s Move!” Campaign? - Food Pyramid 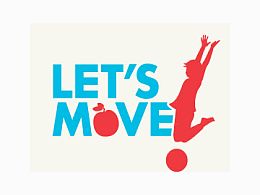 The very catchy slogan for the Let’s Move! campaign says everything about first lady Michelle Obama’s mission to eradicate childhood obesity: America’s Move to Raise a Healthier Generation of Kids. The campaign is dedicated to “solving the problem of childhood obesity within a generation, so that children born today will grow up healthier and able to pursue their dreams.”

This is not Michelle Obama’s first stint in healthcare, as she was formerly the vice-president of external affairs for the University of Chicago Medical Center before she became the first lady of the United States.

“Make no mistake about it, we’re not just doing this for our kids today. We’re doing this for our grandchildren and for their children. But truly, that’s what we’ve always done in this country. See, that’s who we are. We’re the folks who struggle and sacrifice to leave something better for our kids. Ultimately, that’s what we’re aiming to do with Let’s Move!” – Michelle Obama, one year after the launch of the campaign.

The Launch of Let´s Move!

Most people don’t know that childhood obesity has become an epidemic in the United States. Between 1980 and 1999 the childhood obesity rate tripled. Today, nearly one out of three children are either obese or over-weight.

On the Let’s Move! campaign website, childhood obesity is being blamed on the lack of physical activity, large portion sizes, fast foods, and too many snacks a day a lot of children consume. There is also the statement that in this generation, we are now eating 31 percent more calories than we were forty years ago.

Obese children are generally at risk for cardiovascular disease (CVD). The following problems can develop in obese children: