Warning: Use of undefined constant name - assumed 'name' (this will throw an Error in a future version of PHP) in /webroot/f/o/foodpyra/foodpyramid.com/www/wp-content/themes/FoodPyramid/functions.php on line 16
 Implantation Bleeding - Signs and Symptoms of Implantation Spotting 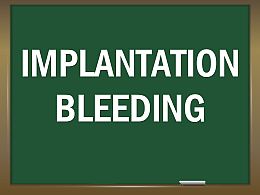 Are you wondering if that sinister spot of blood came from implantation bleeding or something else? Are you knee deep in worry, wondering if there is something is wrong with your pregnancy or even thinking if you are pregnant or not. Are you cringing internally because you really don’t want to embarrass yourself by asking around about what exactly is going on with your body? Stress not, because all your answers are about to be answered. Read on to know more about implantation bleeding, why it happens, what it looks like, how long and when exactly does it occur, and how to differentiate it from a menstrual period or other physiological causes of bleeding.

What is Implantation Bleeding?

What are the Causes of Implantation Bleeding?

As the phrase itself explains, implantation bleeding is the vaginal discharge which occurs due to implantation of the fertilized egg into the wall of your uterus. At this stage of development, your baby is referred to as a blastocyst and has no more than 70 to 100 cells. To gain a clearer concept about this occurrence you would benefit from a little more background knowledge as to how things actually work with your pregnancy. So you can read ahead to understand from the beginning.

Every month you undergo ovulation. This means that your ovary releases one egg into the fallopian tube from where it is slowly moved towards the uterus. If a sperm manages to find its way to the egg, it eventually penetrates the egg and causes fertilization. This means that the egg and sperm have fused to form the zygote, which will later develop into your baby. At this stage it is just a single cell. Imagine how small that is, like a speck of dust! Next the cell cleaves to form more and more cells within its self.

Now that the blastocyst is in the uterus, it needs to attach somewhere in the wall. You probably already know that the baby needs to be implanted in your uterus to obtain all the nutrients it requires for growth and development. The nearest section of the uterus exposed to the embryo is called the endometrium. This endometrial lining is rich in blood. As the embryo buries into the uterine wall it obviously unearths some uterine tissue to make space and plant itself securely. This uterine tissue is in fact what comprises implantation bleeding.

Now it is easily understandable why not everyone experiences implantation bleeding. In some women the burrowing of the embryo into the endometrium may have been at such a specific site that did not expose or leak blood. In others, the scant amount of blood may have been cleaned up by the body’s own immune system before it got the chance to leak out of the vagina. This is why it is possible that a mother-to-be may not experience implantation bleeding during her second pregnancy, even though she did during her first. 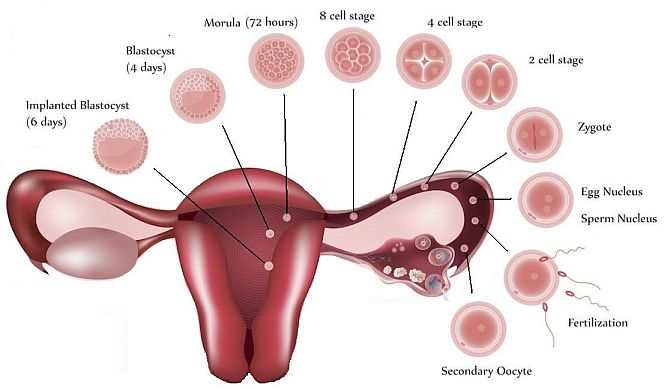 What are the signs and symptoms of Implantation Bleeding?

Aside from the scanty amount of bleeding, you may experience the normal symptoms of early pregnancy. There may be some bloating, accompanied by fatigue. Cramping and lower back pain has also been experienced by women in their early stages of pregnancy. Furthermore, headaches and mood swings may also occur.

Again it is completely normal if you experience these symptoms, the same way it is normal if you don’t. There is very little cause to worry about anything here at the moment.

When does Implantation Bleeding occur?

Implantation bleeding usually takes place around 10 to 14 days after the actual date of conception. It is essential to remember that it will always and only occur before your next expected menstrual period. So if you have conceived on the 7th day, it is most likely that you will experience implantation bleeding on the 17th to 21st day. Since the blood takes time to move out of the body, implantation bleeding will not take place right after implantation. It actually will take a few days.

What is the duration of Implantation Bleeding?

Most women are confused whether they are experiencing a normal menstrual period or implantation bleeding. The questions pore out on search engines, health sites and web forums, women searching for a definitive answer. It is understandable why the answer is so important and potentially life changing! This answer tells them if they are pregnant or not, if they will be bringing a tiny, adorable, new human being in to the world or not. Well we’ll stop trying to be dramatic and lay your worries to rest.

Menstrual bleeding is usually way heavier than implantation bleeding. It will also most probably take place at the expected time. Even if your period is late or early, you can still easily differentiate it as the blood in menstruation is red or crimson and full of clots. It is visibly thicker in consistency and is in larger amount. A lot of women have menstrual periods that continue for four days, while for others it is seven days. There is a lot of variation in the duration of menstrual periods but usually it is more than just two days. Another thing you might have noticed is that menstrual periods always follow a regular pattern in that the discharge is light at first and then becomes heavier and then gradually becomes light again. There is no such observable pattern in implantation bleeding, which is comparatively quite random.

So now logically if you have always had a regular menstrual cycle and you start seeing some spots in your knickers before your next expected menstrual period, something may definitely be up. Whatever the case may be, you can always use a home pregnancy test to see if you are indeed pregnant or not. If you are verging on obsession about being absolutely sure, go ahead and visit a gynecologist for your answer.

Is Implantation bleeding connected to Miscarriage?

A miscarriage occurs when your pregnancy terminates at any time before the 24th week of pregnancy. Miscarriages are very common, especially in the first few weeks of pregnancy and may occur due to a variety of reasons. There may be something wrong with the baby which may reduce its chances of living, or there might even be hormonal or blood clotting problems with the baby-mother interaction. During the first 12 weeks or so of pregnancy, discharge of blood from the vagina may be due to a miscarriage or ectopic pregnancy. An ectopic pregnancy is when the embryo has implanted in the fallopian tube instead of the uterine wall. However, most women who experience vaginal bleeding do not end up with miscarriages.

There are again some differences to spot between normal implantation bleeding and bleeding due to a miscarriage. Bleeding due to a miscarriage can vary from light spotting or brownish discharge to heavy bleeding and bright red blood. Another difference is that the bleeding may come and go over several days. While you may still experience cramps and pain in your lower abdomen during a miscarriage, you will find that the normal symptoms of early pregnancy will have disappeared. Your breasts will no longer feel tender, your body temperature may be stable and the feeling of bloating may vanish. These signs will help you differentiate clearly.

In cases of ectopic pregnancy the symptoms are more identifiable and may appear anywhere between 5 and 14 weeks of pregnancy. Women undergoing this condition feel light headed and often lose consciousness. Even though they experience only light bleeding or spotting, it is accompanied by severe and persistent abdominal pain and sometimes even on the tips of their shoulders. If you experience any of these symptoms you should seek prompt medical attention as ectopic pregnancies are potentially serious. There may be a risk of internally bleeding if you do not seek help.

When to see a Doctor?

When you experience unusual spotting or bleeding, it is usual that you may get curious and worried for a moment, go to a search engine and read up about it, and then eventually forget altogether that it even happened. If you are convinced it is implantation bleeding, book an appointment with your gynecologist to confirm. Otherwise there are also some circumstances where you should seek prompt medical attention as it may be something other than implantation bleeding, and may even be life threatening.