Warning: Use of undefined constant name - assumed 'name' (this will throw an Error in a future version of PHP) in /webroot/f/o/foodpyra/foodpyramid.com/www/wp-content/themes/FoodPyramid/functions.php on line 16
 Mint Tea Benefits - Drink The Health Benefits Of Mint Tea!

Home » Healthy Eating » What Are The Health Benefits of Mint Tea?

What Are The Health Benefits of Mint Tea? 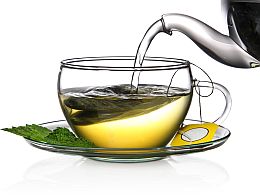 A hot cup of mint tea can be quite enjoyable after a meal, but you probably didn’t know that drinking mint tea benefits your body in many ways.

Though, the use of mint tea to relieve a multitude of diseases goes back to centuries, there is no strong evidence to support the health benefits of mint tea; the reason being that very little clinical trials have been carried out regarding this. However, there are many positive reported health benefits of drinking mint tea.

Taking aside the fact that the medicinal effects of mint tea are scientifically proved, it doesn’t hurt to have a drink or two. It has been said that believing in a cure is far more effective than the cure itself. Mint tea will continue to be used as long as people believe in its medicinal properties. Maybe in the future, further studies may uncover some secrets of the mint tea that justifies the interest people has in consuming it.