Warning: Use of undefined constant name - assumed 'name' (this will throw an Error in a future version of PHP) in /webroot/f/o/foodpyra/foodpyramid.com/www/wp-content/themes/FoodPyramid/functions.php on line 16
 Latin American Pyramid | Food Pyramid

The Latin American diet is based from the region around Latin America where cultivation of potatoes, maize, and dry beans traditionally occurred. It has its roots from the Aztec, the Inca, the Maya, and from the food traditions that emerged following the arrival of Columbus around 1500 to the present time. Variations of these diets have traditionally existed in other parts of Central America, South America, the Caribbean, and the southern edge United States.

Oldways Preservation and Exchange Trust has come up with a food pyramid called The Latin American Diet Pyramid that will help you follow a diet that is healthy and very tasty. 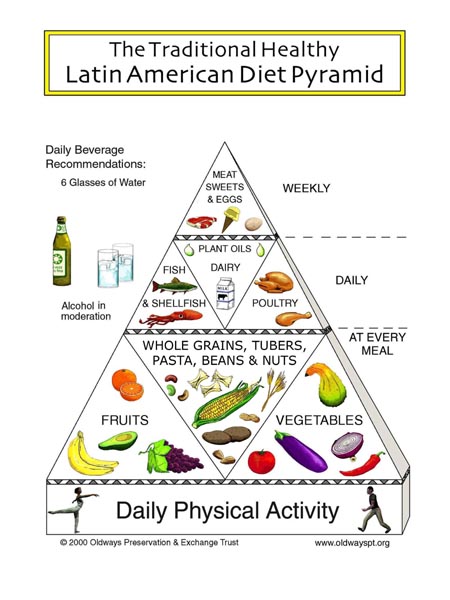 To get you started, we have listed a general guideline on the Latin American Diet Pyramid below.