Warning: Use of undefined constant name - assumed 'name' (this will throw an Error in a future version of PHP) in /webroot/f/o/foodpyra/foodpyramid.com/www/wp-content/themes/FoodPyramid/functions.php on line 16
 What is Molasses? What Health Benefits Does It Have?

Molasses is a viscous, dense by-product obtained during the processing of sugar beet and sugar cane into table sugar.

The word ‘Molasses’ is derived from the Latin word, Mel, which means honey. Its thick texture and viscosity have given rise to the phrase “slow as molasses” which is used to designate something or someone as being very slow in moving. 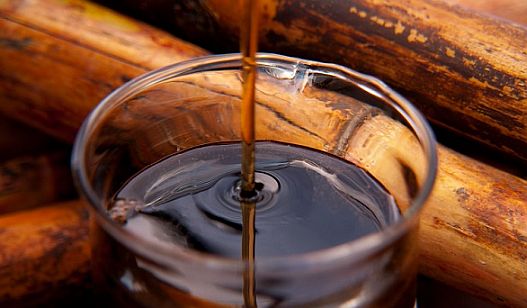 Though Molasses is commonly used in cooking and for several other purposes like smoking tobacco and preparing fertilizers, many people are not aware of its historical significance. During the late seventeenth century molasses became a major trading product. It was part of the Triangular Trade, which was a trade created during the colonial era that included the trade of rum, slaves, and molasses. The Caribbean region was the place where the cultivation of sugar beet and sugarcane was the highest. The economic significance of trading molasses was huge because it was not only used for kitchen purposes but also for the production of rum.

Today, molasses is not only produced in the Caribbean, but also in countries like Indonesia, Thailand, and Brazil. It is used as a sweetener in food products and is regarded as a health food thanks to its multiple health benefits.

How is molasses produced?

The first step of processing sugar beet and sugar cane into table sugar involves mashing of the sugar cane and beets, which is later boiled to obtain cane syrup. This syrup is what is referred to as molasses. The second boiling yields dark molasses while the third boiling leaves blackstrap molasses.

It should be noted that the “refining” process here refers to just boiling. It does not involve any chemical process common in other types of refining. So, though refining usually removes the nutritional content of a substance; in case of table sugar refining, the beneficial parts are retained making molasses a superfood high in vitamin B, magnesium, iron, and other nutrients. 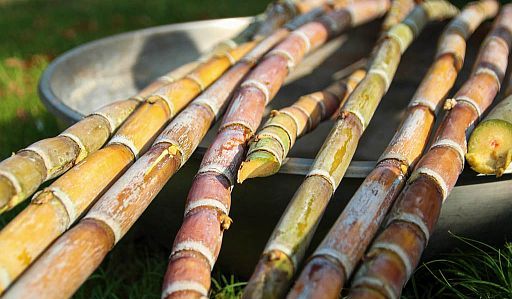 It is produced during the first boiling of sugar beet and sugar cane. This form is light-colored (but still quite dark), and can be unsulfured and sulfured. The sulfured molasses is treated with sulfur dioxide and needs a preservative to prevent spoilage. This type is usually extracted from a young sugarcane. However, people suffering from the disorders caused by gene mutations may react negatively to sulfur. Hence, sulfured molasses is not considered the safest type to use. The unsulfured molasses, also called “Barbados,” is a “mild” molasses that is extracted from a ripe sugarcane. It does not need a preservative.

Dark molasses is obtained after the second boiling, which results in the extraction of more amount of sugar. It is less sweet in taste compared to light molasses. Dark and light molasses are the type of molasses that most people are familiar with, and commonly used for cooking and baking cookies or gingerbread.

This is the healthiest form of molasses that is produced during the third boiling. It is the least sweet type of molasses, but contains the most nutrients and vitamins such as Iron, Copper, Vitamin B6, Magnesium, and Calcium. Though it is not very sweet, it can be used as a substitute for sugar in some recipes or added to baked goods to improve its nutritional profile. It is the darkest molasses of them all. It is called refinery molasses in refinery settings and final molasses in cane mills.

This is another type of molasses that is very sweet; hence, is used as a topping for pancakes. It is obtained from condensing the pure juice of sugarcane.

There is some confusion regarding the use of the term and the true meaning of “molasses”. The word is actually often used to describe other thick, dark, and syrup like products that resembles the characteristics of molasses. True molasses is always made out of sugar beets or sugarcane, but let’s introduce you to a few other products that use the term molasses.

Sorghum Molasses – This one is made from the Sweet Sorghum plant’s stalk. The stalk of the plant is crushed and cooked to form a syrup that is often called sorghum molasses. In some cases it may actually be a mix of sorghum and true molasses.

Pomegranate Molasses – Pomegranate molasses is made out of pomegranate juice, sugar, and lemon. It is cooked until it forms a thick, dark syrup. The sweetness of each batch of molasses differs depending on the type of pomegranates used and the amount of sugar added. You can use pomegranate molasses for salad dressings, marinades, dips, soups, stews, roasts, and mash. It can also be used to prepare ice-cream, sorbets, and cocktails.

Date Molasses – By using dates, you are able to to make date molasses. They are boiled in plain water for a thick texture. Date molasses works as a natural sweetener and can be added to any smoothie to give it an exotic fruity flavor. It can also be added to cooked meats, stews, or vegetables.

Molasses provides a rich source of carbohydrates and energy as it contains sugars. It also provides several essential minerals like calcium, manganese, potassium, copper, phosphorous, iron, chromium, sodium, and cobalt. The vitamins present in Molasses include niacin, vitamin B6, and thiamine.

Research studies have shown that molasses contains a higher amount of antioxidants than refined sugar, raw cane sugar and corn syrup. These antioxidants protect the body’s cells and tissues against the oxidative damage thus reducing the risk of cancer, heart attack, stroke, and degenerative diseases.

Molasses offers a good source of iron; hence, is effective for the women who are at a higher risk of iron deficiency anemia due to the blood loss during menses. The low-fat content of molasses makes it a better alternative to the other sources of iron like red meat. Molasses also helps treat the menstrual disorders like menorrhagia that causes a heavy menstrual flow.

The polyphenols in molasses are effective in reducing the body weight. They work by reducing the absorption of calories in the body and controlling the appetite.

Molasses is rich in manganese, which helps in maintaining a healthy production of sex hormones. Manganese deficiency is a common cause of infertility, fatigue, and erectile dysfunctions. Molasses is an effective natural remedy for treating these problems.

Some other health benefits of Molasses include:

How to Use Molasses?

Molasses have different degrees of sweetness. It has a rich flavor and a unique texture that can add depth to several dishes. It is used as a stand-alone sweetener or added to other natural sweeteners like maple syrup and honey. Here are a few interesting ways to use Molasses in cooking: 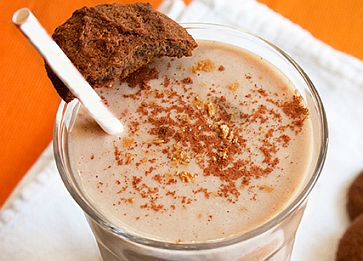 What other things is Molasses used for?

Most people think of molasses as just a sweetener that can be added to food. However, molasses can also be used for some other purposes.

Homemade fertilizer – Molasses can be used to make a lawn fertilizer. It is prepared by adding one cup of molasses to 1 cup of ammonia, 1 can of beer, 1 cup of liquid dish soap, and 1 cup of any liquid lawn fertilizer. This mixture is added into a 20-gallon hose end sprayer and sprayed on the entire lawn once a day to improve the growth of plants and protect them from insects and pests.

Tobacco – Smoking tobacco-molasses has become popular among the youth in several countries. The concept of hookah originated in India and was once the province of the wealthy. Over a period of time, it lost its charm and so, its use declined slowly. Today, it has been garnering the attention of the masses with several chain clubs, coffee shops, and bars offering a wider variety of non-tobacco versions of Hookah that use molasses.

These hookahs contain a flavored tobacco, which is created by marinating the cuts of tobacco in flavored molasses. It is later placed above the water and covered by a pierced foil. Hot coals are then placed on the top. The smoke is drawn through cold water to allow it to cool.

Livestock Feed – Yes, livestock feed is what molasses is used for as well. Molasses is often given to livestock because it is an excellent source of quick energy and minerals. Poor quality hay can be helped by adding molasses.

Rum – Rum is a popular alcoholic beverage. Many rum distilleries use molasses for the production of rum.