Warning: Use of undefined constant name - assumed 'name' (this will throw an Error in a future version of PHP) in /webroot/f/o/foodpyra/foodpyramid.com/www/wp-content/themes/FoodPyramid/functions.php on line 16
 Anger Management in Children - Food Pyramid 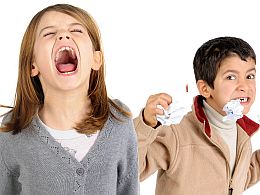 Anger and aggression are normal emotions that are seen in individuals of all age groups. Mild and infrequent episodes of anger are more reflective of self expression, however, as a rule moderate to severe anger issues are not considered normal in children and if present are more reflective of a serious underlying issue that must be dealt seriously.

What are some possible triggers of anger in children?

Anger can be episodic in children but can also be seen as more of a mood problem in which the child is more vulnerable and easier to get angry for significant periods of time. A few recognized causes or triggers of anger in children are:

Attention seeking behavior; the child throw tantrum, wines and cries to get his parents attention. Seen frequently if both the parents are working a full-time job.
Any change in external environment like after shifting home or changing to a new school environment.
Potential psychological stressor like sexual harassment, verbal abuse or physical violence at school or elsewhere.
Children are very sensitive and they react differently to stressors; one fairly popular expression is anger and aggressive behavior.

Anger management in children is a pretty tough exercise but the right approach can do wonders. It is very important to take the temper tantrums and aggressive behavior in children seriously. A few successful strategies in this regard are:

In most situations, it is healthy to approach the child directly and discuss the odd behavior in a friendly tone. Let your child speak and discuss his issues and problems and take action if there is anything serious going on with your child. Develop a friendly and healthy relationship in which your child can discuss all his problems with you.

In some cases, there is no reasonable explanation or reason for the odd behavior and anger displays. In all such cases, best way to deal with your child’s anger is to explain for him nicely that being angry for no reason and throwing temper tantrums is not good for his health and relationships.

Breathing exercises are very helpful in calming down the anger. Teach your child good breathing exercises so he can learn to control his anger. Some psychologists also encourage promoting certain habits also called anger dissipation activities like buying a punch doll or running. Avoid dealing with an angry child and always give him time to cool down his anger.

Do not shout/ stop/ or abuse your child

Just as you have your ways of expressing your frustration that may irritate others, your child can also act out at times but instead of punishing him, abusing or being harsh, it is important to let go off things at times (unless your child makes it a habit). Infrequent episodes of anger issues in children should be managed by ignoring the tantrum. However, you can always ask your child if there is anything you can do to make him feel better. Always remember that strategies for anger management in children are different from strategies used by adults.