Warning: Use of undefined constant name - assumed 'name' (this will throw an Error in a future version of PHP) in /webroot/f/o/foodpyra/foodpyramid.com/www/wp-content/themes/FoodPyramid/functions.php on line 16
 Integrated Charities: A look at Modern Hunger Crossroads - Food Pyramid

When it seems everything else in the world is changing daily, the problem of hunger is stubborn in its consistency. It’s a condition human kind has been dealing with as far back as we can remember. Campaigns are regularly launched, organizations are established, resources are dispensed and yet, it seems that hunger is a problem that simply refuses to go away.

The United States faces a unique hurdle when it comes to hunger. We are a land of plenty, yet it is estimated that 1 in 6 Americans struggles with hunger on a daily basis. Our excess has reached a point that as a society, we are moving towards mass trends of fad dieting in an endless string of attempts to battle obesity in adults and children alike. When the hungry and the full stand side by side in a country, how is it possible to address both needs at the same time? 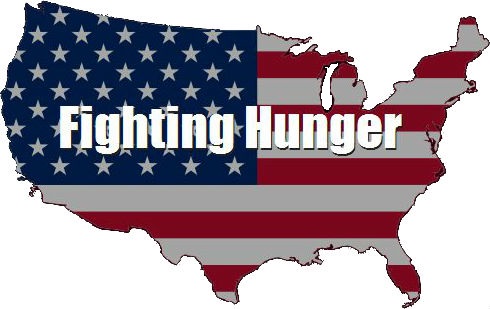 The answer to that may lie at the crossroads of well-tested systems and new ideas. Those individuals out in the field who are looking for solutions are asking themselves the tough question of whether or not it’s possible to come to a place where hunger, nutrition and health can exist in harmony for the greater good.

Organizations that work to end hunger face a major hurdle when it comes to nutrition. Too often those living at or below the poverty line are forced to resort to fatty, overly processed food because of the price variable. Similarly, those fighting obesity struggle with calorie-packed foods that are easily accessible and overly abundant at fast-food chains across the nation. The bigger problem reveals itself when these two worlds collide.

What we now face is a growing group of people struggling to stay financially afloat and dealing with chronic health struggles. Recently, several groups have attempted to find a way to forge a solution that speaks to both of these issues with a common message. In doing so it’s becoming useful to use new ideas, traditional methods and creative combinations of the two.

Eat this, not that – new age nutrition

A prime example of revamping a system that already exists to make it efficiently modern and effective is the case of the book Eat This Not That! The Best (& Worst!) Foods in America!: The No-Diet Weight Loss Solution

. Originally published in 1997, David Zinczenko along with the help of Matt Goulding decided to bring the material up-to-date in 2010. They coined their finished product the no diet weight loss solution.

At first glance, this book may seem like just another fad diet book on the shelf. A closer look would prove it to be otherwise. In fact, Eat This Not That is well equipped to take on several detrimental forces at once. The book lays out statistics, facts and most importantly, alternatives to unhealthy food choices the general public is likely to make. Investigative research into American’s top fast food chains and restaurants gave these authors the proof they needed to pen the nutrition labels companies would rather you didn’t have access to.

It’s important to note that this is not just a book based on scare tactics for the sake of weight loss. The authors follow up their terrifying facts with healthy or at least healthier choices that can be made when preparing certain dishes yourself or visiting your favorite culinary hot spot. What makes this initiative so valuable is the fact that it appeals to people across the economic board.

Those who live well above the poverty line but struggle with health issues will be able to find affordable and easy solutions to everyday predicaments. Where money is not an issue, those same people may be encouraged to make alternative choice based on the information available to them. Those who do live at or below the poverty line are able to use the information to make more informed decisions even if it’s necessary for them to sustain themselves with less nutritious choices. By offering alternatives that everyone can put into action individually, Eat This Not That sets a standard for self-sufficient and sustainable nutrition.

To date, there are several sub-publications of the book that are focused on children’s health, supermarket shopping and restaurant swaps. This integrated system of information allows for individuals to apply it uniquely to their own situations and in doing so, make lasting change in their lives.

Established in 1976 and headquartered in Chicago, Illinois, Feeding America is a non-profit organization that aims to provide domestic hunger relief. As a whole, the organization functions as a network of hundreds of food banks and charitable support systems. When added together, Feeding America has earned the title of largest hunger-relief charity in the United States.

While they have been around for several decades, those who work for Feeding America understand the necessity for change in order to be the most effective. They too have set out to develop sustainable and nutritious solutions to hunger and health deficiencies across the country.

In October 2011, Feeding America partnered with Wal-Mart, Sesame Street and Brad Paisley to host a special titled “Growing Hope Against Hunger.” The TV special introduced viewers to Lily, a new Muppet whose family struggles with hunger–but it didn’t stop there. The program went on to feature the stories of actual families who deal with issues of hunger on a daily basis and resources and strategies they utilize to get by.

By partnering with Sesame Street, Feeding America made the effort to reach a younger audience who has the ability to carry lessons on nutrition and social issues into their futures. By highlighting real families who struggle with hunger, the organization is providing resources that viewers can take into their own hands and utilize those strategies independently.

Taking on the future

While hunger-relief charities and diet fads of the past set out with good intentions, their methods are outdated. Society is merging into a pool of needs that require more than one or two solutions. The path to reaching an integrated society in economic turmoil is by paving traditional paths with modern skills. Issues like hunger and obesity have come to a cross roads, and those who suffer don’t need a hand out; they just need a helping hand in the right direction. By recognizing the strength of individuals, and offering tools to help them achieve success, charitable organizations will make a long-lasting difference across the nation. Do you think hunger-relief charities are making strides forward with these innovative solutions?