Warning: Use of undefined constant name - assumed 'name' (this will throw an Error in a future version of PHP) in /webroot/f/o/foodpyra/foodpyramid.com/www/wp-content/themes/FoodPyramid/functions.php on line 16
 Health Benefits of Red Wine - Food Pyramid 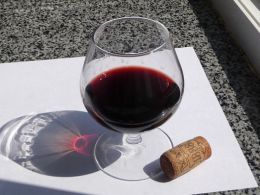 There is a saying in the Mediterranean that a glass of red wine after dinner is good for the heart. Going on this, some scientists even argue that the reason why most Mediterraneans, especially Corsicans, live a long life is that their diet is supplemented by red wine.

While there is no doubt that too much of alcohol is never good for anyone, why is there then, such a big hype about the health benefits of red wine? Doctors have the following to say on the matter.

Red wine contains a high volume of resveratrol as they are found in high concentration in grape skin which goes into the wine. Because in grapevine, resveratrol acts as a substance providing protection against infections, it is said that the same benefit can be obtained for humans by drinking red wine. While there has been no conclusive evidence to support this theory it is said that in Spain, people who drank two glasses of red wine caught colds 44% less than people who did not.

In addition, the resveratrol in red wine is said to help minimize or even prevent damage to blood vessels and to prevent bad or LDL cholesterol. It is also said to have the added benefit of being able to stop blood clots from forming.

Some research done on animals has shown that resveratrol has the ability to increase their lifespan. Studies done in 1997, again on animals, have shown that resveratrol might also act to prevent cancer. Giving us cause to believe that there is a repository of health benefits of red wine, certain studies have even gone to show the possibility of using resveratrol in protection against Alzheimer’s disease and dementia.

Polyphenols in red wine act as antioxidants. There is a possibility that these antioxidants help protect the lining of the blood vessels of the heart.

Red wine also contains a substance called Melatonin, which is a neurohormone. While there has been no evidence of plasma melatonin levels in human brains being increased by the consumption of any food item, there is a debate that melatonin has the ability to regulate the internal or body clock. Such regulation of the internal clock, it is argued may help you sleep better. Melatonin is also said to contain antioxidant qualities, helping with anti-aging and cancer prevention.

Other than these health benefits of red wine, the following are also being advocated by those who favour a glass of red after their dinners. Apart from lowering the LDL cholesterol levels in blood, red wine is also said to be able to raise the amount of HDL or good cholesterol in your blood.

A recent study has also found that drinking a glass of red wine a day can preserve the muscles in your body that would otherwise be deteriorated due to inactivity. It does this by preserving the fibre in your muscles and not letting it go into decay. Resveratrol comes to save the day again!

All these reasons well studied or otherwise, are why doctors are reluctant to deny the health benefits of red wine. However, it is also maintained by them, that even red wine should be consumed in moderation as bad side effects triggered by excessive consumption could potentially outweigh the good ones.