Warning: Use of undefined constant name - assumed 'name' (this will throw an Error in a future version of PHP) in /webroot/f/o/foodpyra/foodpyramid.com/www/wp-content/themes/FoodPyramid/functions.php on line 16
 Dizziness after Eating - Feeling Light-headed and Dizzy after Eating? 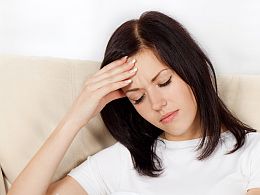 Woman dizzy after eating a meal

A common complaint that doctors hear nowadays is that of dizziness after eating food. People get very easily disturbed when they feel dizzy after eating sugar or other food, primarily because lightheadedness is usually experienced when one has not had food to eat for a long time. This condition of lightheadedness after eating is mostly common in the elderly and women. Young people do not usually suffer from it. In most cases, feeling light-headed after eating is followed by fainting which is an even more distressing symptom. Despite the fact that these symptoms are worrying to go through and observe, dizziness after eating sugar or other food is only serious if it happens very often.

Causes of Dizziness After Eating

Why do I feel dizzy after eating? Some people who regularly feel light-headed after eating tend to write it off as a normal occurrence and ignore the symptom completely. However, people suffering from this condition should beware as getting dizzy after eating may be the only early symptom of an actual underlying condition. Hence, it is best to seek medical help before a new symptom arrives.

As you already know, blood is the main transporter of substances in the body. Hence, the blood delivers food and oxygen to all the parts of the body. When one part of the body is more active, regulatory mechanisms in our body alter certain settings in the body to direct more blood flow to the active organ. When we eat food, our whole digestive system becomes very active and the cells of this system require more food and oxygen for optimal work. Thus, blood vessels supplying the abdomen become dilated to increase blood flow and consequently, blood vessels supplying limbs and the head become constricted to help with this process. The heart also starts beating faster to ensure ideal supply of blood to all the organs. 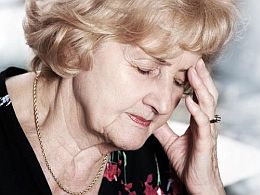 This was how the body works in normal conditions. In some people, mostly the elderly who experience dizziness after eating, these regulatory mechanisms have gradually stopped working due to a variety of reasons such as diabetes and hypertension. The problem could be because of blood vessels that are unable to constrict. Therefore, the blood vessels supplying the abdomen will dilate as usual but the other ones will fail to constrict. Hence, the surface area for the blood will increase although the volume of blood is the same. This will cause a sudden drop in blood pressure, so there will be lesser blood than usual supplying the brain and other organs. This in turn in exactly what causes dizziness after eating.

Faulty working of the autonomic nervous system can also cause postprandial hypotension and feeling dizzy after eating such as in Parkinson’s disease. If the heart is unable to beat faster when the activity of the organs increases, then it will again result in low blood pressure. This in order will lead to lesser blood supplying the brain so that one experiences lightheadedness after eating sugar.

Atherosclerosis is the name given to the condition in which blood vessels harden and cause blockage of blood flow and dizziness after eating. This is can be caused due to the formation of plaque or cholesterol. Adults with high cholesterol or smoking habits and a history of this disease in the family are at a high risk for atherosclerosis. The blockage of blood flow caused by it is the culprit that makes you feel tired and dizzy after eating.

Gastritis, simply put, is the inflammation of the lining of the digestive tract due to excess acid in the stomach which can make you dizzy after eating. This can be caused due to a diet full of oily fast food, overeating, excessive alcoholic intake, eating food that has not been cooked properly or even irregularity in diet. Drinking large amounts of hot coffee or tea can also cause damage to your digestive tract. A common symptom of this condition is lightheadedness after eating.

– Disorder of the Labyrinth

If your heart is not healthy enough to pump blood in optimum amounts to all organs, blood pressure becomes greatly reduced. This leads to dizziness after eating.

The kidney plays a very important role in regulating blood pressure, hence any disease which damages the kidney messes with its ability to maintain blood pressure leading to the person feeling dizzy after eating.

The thyroid gland is essential in terms of metabolism, energy and fluid balance. Under activity of the gland (hypothyroidism) or disorders like thyroiditis disturb the normal mechanisms and lead to dizziness after eating.

Excessive amounts of stress or deep depression can affect the body very negatively and also cause lightheadedness after eating. Eating disorders like anorexia only worsen the symptoms.

– Foods that cause dizziness after eating

– Medications that cause lightheadedness after eating

Remedies for Dizziness After Eating

Lightheadedness after eating is often a symptom of an underlying medical condition. In order to prevent serious damage, you should seek medical attention for proper diagnosis and care. Here are some daily self-care remedies to prevent dizziness after eating.

These were some daily preventative measures you can take if you feel dizzy after eating your meals, but remember you must seek proper medical attention to diagnose any underlying condition that you may have.