Warning: Use of undefined constant name - assumed 'name' (this will throw an Error in a future version of PHP) in /webroot/f/o/foodpyra/foodpyramid.com/www/wp-content/themes/FoodPyramid/functions.php on line 16
 Disadvantages of Fast Food - Why we should not eat Fast Food

In this modern day of being time-poor and money-rich, there is nothing more appealing than fast and convenient meals. Those golden arches beckon as the sign boasts that millions have been served. Microwaves are a godsend to those who only have 10 minutes to spare to sit down and eat. Scratch that, for those who only have 10 minutes to eat in front of the television or while standing in front of the refrigerator or even while driving. Fast food seemingly has many convenient and cost-effective advantages. 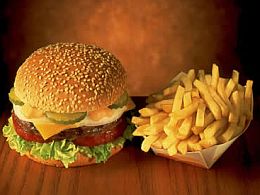 But how about the disadvantages of fast food? How about the rate of obesity and cardiovascular disease that is skyrocketing at an abominable rate in the Western world? Diet-related diseases are rampant in the developed countries, with children as young as 12 being diagnosed with Type 2 Diabetes, a condition that is a result of poor diet and excess amounts of sugar. Fast food is low in nutritional value and high in salt, sugar, preservatives and fat.

Liver disease is another major consequence of eating far too much fast food. Because of the high amounts of fat and chemicals that are contained within a Happy Meal or a microwave dinner, the liver has to work over time in order to detoxify, separating what little nutrients there are from the bad stuff. With a continual assault of bad quality fast food upon the system, the liver eventually becomes choked up with toxins, becoming what is known as a fatty liver. This type of liver damage is akin to what hard drinkers often suffer from, and you don’t even have to take a single drink for this to happen!

Disadvantages of Fast Food for the Environment

Finally, the environmental consequences are another rather large disadvantage of fast food that one has to consider. Excess packaging, excess processing of food, not to mention the chemical waste that occurs, not only from the preservatives for the ‘fake’ food but also from the factory farms that house the millions of chickens and cows that are fated to this end. This leads to massive amounts of waste, not only from the over-use of paper and plastics in the packaging, but also from the production from the factory farm right to the restaurant. According to the New Community Project, the cost of one hamburger is not just the 99 cents. It is 16 pounds of grain to feed the cow plus 2500 gallons of water. Perhaps the true price of a hamburger should be based upon the impact to the environment and measured in carbon footprints. Perhaps that would reduce the rate at which we are chopping down the rainforests in order to provide grazing land for these ‘’hamburger cows.’’

The disadvantages of fast food are now beginning to outweigh the convenience. Fast food is now a fast way to increase your risk for heart attacks, stroke, diabetes, obesity, gallbladder stones, infertility, depression and yes, even cancer. Not only that, the fast food industry adds to the global warming effect. Before you go to that drive through to save a few minutes, take a moment to think about the bigger consequences to your body and to the planet. Maybe you should stick to a healthier diet.