Can You Freeze Sour Cream?

How does freezing affect sour cream?

Freezing sour cream can affect its texture. As it freezes the sour cream clumps and separates due to the moisture. So when you thaw it you might end up with texture that resembles cottage cheese. For this reason you may not want to use it for salad dressing or in tacos. However, you can try adding a teaspoon of cornstarch and whipping it into the thawed sour cream to restore its original creamy texture. Remember though, the sour cream is perfectly safe to eat and will taste the same. You can freeze the sour cream for at least 4 months without it going bad. 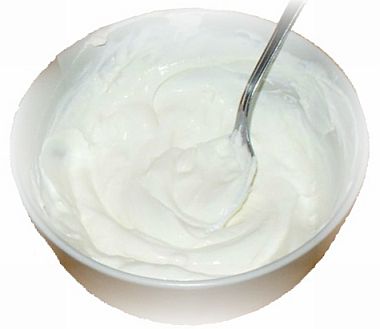 Freeze sour cream that you are not able to eat.

How to freeze sour cream

If you have bought a lot of sour cream and want to store them in the freezer take care of a couple of things. Make sure that sour cream is always kept in an airtight container or bag. If you have already opened the container you bought, it is therefore wise to transfer it to an airtight bowl or bag. Another thing is to freeze small portions of sour cream separately so that when you want to use a little sour cream you don’t have to thaw and refreeze a whole block of it. This can cause it to perish quicker. Storing an unopened store bought container upside down also supposedly helps keep the moisture at bay. One essential tip you should never forget is to always label your container with a ‘use by’ date. This way you will remember to use all of your sour cream before it starts to go bad.

How to thaw frozen sour cream

Thaw frozen sour cream by popping it out of the freezer and into the fridge for a couple of hours. You can even keep it overnight if you prefer. Whip in some cornstarch to get it creamy as soon as it thaws completely. The best way to use thawed sour cream is in soups or baked food like casseroles. It works because the altered texture of the thawed sour cream is not noticed at all and the flavor is all there. So don’t hesitate to stock up on some sour cream and eat up!

Can you freeze sour cream and keep the same creamy texture?

This is really hard to say because sometimes food that is past its expiration date can be just fine to eat. However, there are times when food can even go bad before the expiration date. If the sour cream is all bought from the same batch that was delivered to the store, you could always try one sour cream container to see if it is fine. Then you could reason that the rest of the batch should be the same as the one you opened. Take conclusion from there.

Copyright © 2009-2015 FoodPyramid.com All Rights Reserved
This website uses cookies to improve your experience. We'll assume you're ok with this, but you can opt-out if you wish.Accept Read More
Privacy & Cookies Policy
Necessary Always Enabled
The material in the site is intended to be of general informational use and not intended to contitute medical advice, probable diagnosis, or recommended treat. see the Terms of Use and Privacy Policy for more information.