Warning: Use of undefined constant name - assumed 'name' (this will throw an Error in a future version of PHP) in /webroot/f/o/foodpyra/foodpyramid.com/www/wp-content/themes/FoodPyramid/functions.php on line 16
 Bill Cosby - Enough with the Junk Food! - Food Pyramid 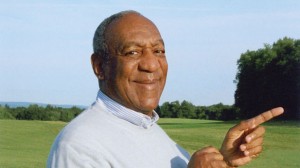 The American comedian and author Bill Cosby appeared on Larry King Live show on February 9, 2010 and discussed how to fight Obesity. Bill Cosby has written a new book, called “Enough with the Junk Food!“. Here are some of his ideas for curing childhood Obesity in America.

Hire a Nutritionist to Decide the Food Menu in Schools

Bill Cosby stresses the importance of schools hiring a dedicated nutritionist to decide the food menu in schools. Food needs to be nutritious. 50% of a kid’s daily calorie intake comes from food served in school, and this is why it’s crucial to serve healthy food if we are going to fight obesity.

Fill the Vending Machines with Healthy Snacks and Drinks

Vending machines in schools are another problem that increases the risk of developing obesity. They are often filled with unhealthy snacks and sodas. Bill Cosby urges that vending machines should be packed with healthier foods and beverages such as fruits and fresh squeezed juices etc.

Walk the stairs during recess

In order to fight obesity, Bill Cosby points out that children need to move their bodies more. Teachers can help children to be more physically active. He suggests that during recess teachers could join children in walking up and down the school stairs. They should to this exercise a few times a day.

Many TV commercials for children include unhealthy snacks and sodas. Action figures and heroes on TV are often related to unhealthy food products, which in turn encourages children to consume these unhealthy products. Those are some of the factors that increases the risk of developing obesity at an early age. Bill Cosby thinks that children shouldn’t be exposed to these kinds of TV commercials. Instead, Bill Cosby suggests that you should try and occupy your children with something else during the commercial breaks.

Prepare your dinner together with your children. Eat you dinner at the same time every day. This structure will keep your children from eating unhealthy foods. Bill Cosby explains further that parents are important role models. Being a healthy role model is a very powerful thing. By spending time together during dinnertime is a good healthy eating habit. Not only do you get time spent with your child, but it also fights the likelihood of developing obesity.

Negotiate with your Kids

Bill Cosby explains that children love to negotiate and that this can be useful when you want to fight obesity. Sitting down as a family and deciding which foods to eat for breakfast, dinner or snack can be helpful in the long run. Start negotiating and compromising with your kids because it will show your kids that their opinions, feeling and needs are respected and these kids will most likely return the respect. As Michelle Obama so wisely said, Obesity is not about weight or how you look; Obesity is about how you feel about yourself.

Bill Cosby stresses the importance to have access to supermarkets, grocery stores, farm markets in order to buy healthy fresh food for you family. Many low income neighborhoods don’t have access to stores that sell fresh healthy food and this is something that we need to change in order to fight obesity.