Warning: Use of undefined constant name - assumed 'name' (this will throw an Error in a future version of PHP) in /webroot/f/o/foodpyra/foodpyramid.com/www/wp-content/themes/FoodPyramid/functions.php on line 16
 Never-before-released Report Comparing Romneycare and Obamacare - Food Pyramid 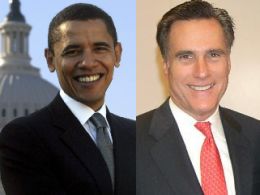 Last year 47.9 million Americans lived without health insurance. A report released earlier this week by the Commonwealth Fund, a private New York health care research foundation, indicates under President Obama’s Affordable Care Act (ACA) that the number of uninsured people will fall to only 27.1 million by 2022, but under Republican presidential candidate Mitt Romney’s health care plan the uninsured population will increase to about 72 million.

The study, which compares seven aspects of the two plans, shows children and lower-income Americans would be most severely impacted if the ACA were repealed by Romney. In each of the seven queries, the Commonwealth Fund studied three scenarios: Insurance coverage if the ACA had never been implemented; coverage under a fully-implemented ACA with all states participating in expanded Medicaid; health care based on Romney’s proposals to repeal ACA, provide federal block grants to individual states for Medicaid and provide the same tax benefits to individuals who purchase their own coverage as those who receive health insurance through an employer.

Because the Romney campaign has yet to release specific details of its health care proposals, the report’s authors made certain assumptions in their analysis based on conservative approaches to health care reform.

Of the estimated 72 million uninsured under the Romney health plan, the study hypothesizes 80 percent—10.3 million people—will result from Medicaid eligibility cuts after state block grants.  The study estimates an additional 1.9 million will lose coverage they currently receive from their employers when some employers will eliminate their health insurance benefits since employees will have the option of purchasing insurance as individuals. The study notes, however, that a similar affect may occur as a result of the ACA.

Likewise, the report finds the number of uninsured children under the ACA is expected to fall from 10 million to 6 million, but under Romney’s proposed plan of replacing the ACA with Medicaid block grants it will rise to 17.9 million.

More young adults and retirees are anticipated to be uninsured under Romneycare than Obamacare, as well. The study cites the provision of the ACA that allows young adults to remain on their parents’ insurance until age 26, which is expected to decrease the uninsured in the age group by 10 million by 2022. Romney’s proposed plan, on the other hand, is estimated to increase the total of uninsured young adults by more than 18 million.

Likewise, under the ACA, 4.9 million adults aged 50 to 64 are expected to be uninsured, but Romney’s proposal would leave 11.8 million retirees of the same age without health coverage.

In addition to studying the different plans affects on the uninsured, the Commonwealth Fund report examined the cost of health care in the three scenarios. According to the report, under the ACA, about 20 million people would be eligible for tax credits to assist with the costs of health insurance purchased through insurance exchanges by 2016. The credits would be available to both those who had previously been uninsured and those who had insurance. The average per-person tax credit would range between $3,900 and $4,500.

Conversely, under Romney’s proposal to repeal ACA and treat both individuals and employers purchasing insurance equally under tax law, tax credits would only be available to about 10 million people, mainly those who had previously been insured.  The average tax deduction under Romney’s plan would range from $1,900 to $2,600 per person.

Romney’s planned repeal of the ACA would also eliminate its consumer protection clauses which prevents insurance companies from terminating coverage based on a new diagnosis, excluding insurees based on a pre-existing condition and instituting a life-time or annual cap on benefits. Romney has stated his proposed health plan would prevent insurance companies from discriminating against those with pre-existing conditions provided they had maintained continuous coverage, but, in fact, such a provision is already part of the Health Insurance and Accountability Act of 1996.

Approaches to Medicare would also be vastly different under the two candidates’ plans. The ACA has phased out the prescription drug “doughnut hole” in Medicare and offered preventative care and annual wellness screenings to the elderly at no cost. Furthermore, the plan makes Medicare a more viable program. According to the trustees of the Medicare Trust Fund, states the report, the ACA will make Medicare Part A solvent until 2024. Without the ACA, the trust will be exhausted by 2016.

In fact, the study’s authors found that in each of their seven criteria Obama’s plans to fully implement the ACA would provide greater benefit to Americans as individuals and the nation as a whole than Romney’s proposals to not only repeal the ACA but introduce fewer federal insurance requirements and reduced funding for Medicare and Medicaid.

Proponents of Romney’s plan, however, disagree with the Commonwealth Fund’s findings. Alabama Governor Robert Bentley told the Associated Press the health savings account provisions of Romney’s plan make it superior to the ACA since it gives Americans more choice in their health care decisions. Romney has strongly supported HSA, funded by employers, which would allow individuals to choose and pay for their own health care companies.

The Commonwealth Fund is not the first organization to compare Obamacare and Romneycare recently. Last week, Families, USA, a not-for-profit agency which supports the ACA, released its report comparing the ACA with a Massachusetts health care bill Governor Romney signed in 2006 and Romney’s federal health care proposals. The study found under Romney’s federal proposals Americans would pay 92 percent more for insurance by 2016 than they would under the ACA.