Warning: Use of undefined constant name - assumed 'name' (this will throw an Error in a future version of PHP) in /webroot/f/o/foodpyra/foodpyramid.com/www/wp-content/themes/FoodPyramid/functions.php on line 16
 Kelly Osbourne's Amazing Weight Loss - Food Pyramid 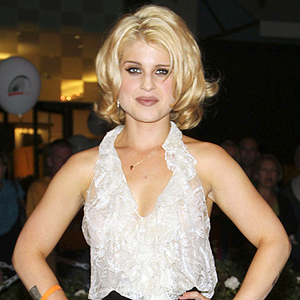 Kelly Osborne says no to junk food and is making fitness her priority.

While competing on “Dancing with the Stars”, Kelly Osborne became interested in fitness. Kelly Osborne has been yo-yo dieting for years, but it now seems that the 25-year old reality star has found a way to maintain a healthy figure.

Kelly’s weight loss tips: Make a commitment to yourself

Kelly Osbourne weighed 160 pounds at her heaviest, but today she’s 112 pounds. So what’s her secret? Kelly Osbourne explains that there is no secret behind her weight loss instead it is the old-fashioned way of making a commitment to yourself and waking up every day and doing it. She works out every day of the week. She is committed to an hour long workout with trainer Sarah Hagaman, three times per week. She also do a 30-minute treadmill session by her own, on other days.

The reality star has switched over to a protein and veggie-rich eating plan. It is a low-carb, sugar-free diet, but she allows herself occasional indulgences, such as a piece of chocolate cake. Kelly Osbourne is making healthier food choices and thinks it’s easier than she expected.

She has replaced junk food with more nutritious choices and made fitness a priority. She looks at it as a lifestyle change.

“Compared to how I used to eat, it’s completely different,” she tells Us Magazine. “I don’t eat junk food. I don’t have it in my house anymore. I’m more inclined to go for a bag of carrots now than a bag of chips. I never thought I would turn into that girl, but I have!”